Lithuanian Samaritans taught to provide first aid: every person can save a life

Eaters are increasing, donors are decreasing

The Food Bank campaign organized these days, when customers were asked to buy and donate products in stores, did not make the beneficiaries too happy. This year the donation is more modest. 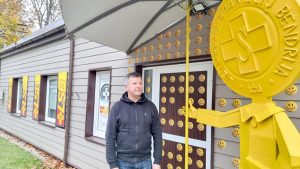 The most fun days of zeppelins

In the canteen of the Kelmė branch of the Lithuanian Samaritans community, 48 so-called registered people and about ten random hungry people who have not got their documents in order, but are forced by trouble, receive hot soups and a second meal every day.

At lunch time they come to the canteen. He brings a couple of plastic buckets. The cooks pour hot soups into one, and a second dish into the other: porridge, pancakes, oat meatballs with sauce, and sometimes even boiled potato zeppelins with cottage cheese. There are a lot of diners on Zeppelin days. Some also bring friends, so-called picky eaters.

Saulius Mockus, chairman of the Kelmė branch of the Lithuanian Samaritan Society, says that the listed eaters are people who have prepared official documents: they have submitted an application, certificates proving their low income, a declaration of their place of residence in Kelmė, and the decision of the Social Support Department of the Municipality that they are entitled to support.

However, every day we have to feed at least ten people who do not have their documents in order, who have nothing to put in their mouths. They get to eat when there is soup left in the huge 40 liter pot. If there is no food left from the official diners, you have to return home with gurgling bellies. According to S. Mockaus, this rarely happens. After all, sometimes even official diners have more fun days – they have something to buy food with, so they don’t come to the charity canteen. Their portion can be given to the hungry and needy brothers of their lot.

“I can’t condemn anyone”

A few years ago, people who received lunch at the charity canteen ate right there in the canteen. Some were ashamed, so they took the food home. They used to eat here calmly, without feeling any complexes.

During the COVID-19 pandemic, due to safety reasons, lunch will be served only at home. Diners come to the counter, hand over their dishes. The cooks put the food in, the diner goes home. This practice continues even now that the corona has retreated a bit. It’s easier that way. Chefs don’t have to wash plates and clean up after each flow of diners. In addition, there is less chance of infection for the eaters themselves.

Another plus of the new order is that more sensitive people feel fewer complexes. Of the 48 people who receive Samaritans’ lunch support, about half are women.

“I am no longer surprised by anyone’s story and I am not in a hurry to condemn,” S. Mockus shares his thoughts. – It’s no secret, there are also glass lovers. But earlier there were much more of them. Now many are already looking at us from the other world. There are also people who do not know how to handle money, who, as soon as they receive an allowance, immediately spend it. However, most of them need support for objective reasons: low pensions, disability, not being able to work due to health.”

The increased cost of living thins the ranks of donors

This year, less products were collected than in previous years. Fewer shoppers bought something and put it in the Samaritan’s basket. This was caused by the cost of living and more expensive food products for the potential donors themselves.

“There is no great tragedy,” explains the chairman of the Samaritan community. – Although there are fewer products, they are more diverse. Apparently, buyers with higher incomes donated.”

Products in stock for now. They belong to the “Food Bank”. After preparing a report on the campaign, “Maisto bankas” will hand over the products to the Kelmė Samaritans. They will be used to feed the visitors of the Kelmė and Tytuvėnai children’s day centers established by the Samaritans and the clients of the charity canteen.

The so-called European food packages for Ukrainians are enriched with products that have been donated more. They are distributed to war refugees in the Samaritan canteen. For example, last week, 24 people who had newly arrived in Kelme asked for help.

Donors are also decreasing in villages. For many years, the Samaritan canteen was supported by the Minupia village community. Residents shared the vegetables grown on their plots with the poor. How it will be this year is still unclear. The president of the community conducts a population survey. The trends are similar to other villages. People are getting older there. Many are no longer able to work the land and take care of the gardens. There is nothing to sacrifice.

So far, the cellar for vegetables in the yard of the Samaritan community’s canteen has not been filled. It does not break from the jars and the shelf of the pantry inside the building. They were usually filled by single residents in autumn. They brought jams from last year’s harvest that were still suitable for consumption, preserved vegetables, because they filled their pantries with preserves from this year’s harvest. 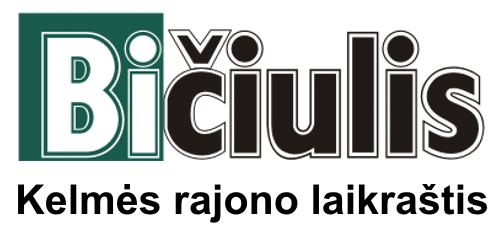 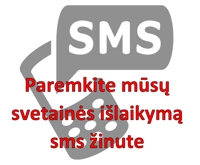